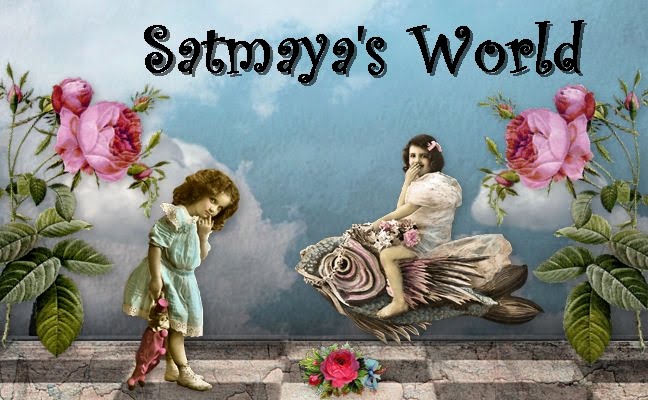 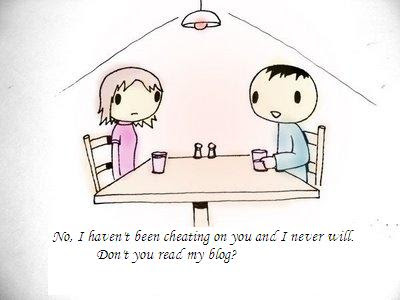 Are you faithful now? Have you ever cheated?
I don't believe in fidelity but I am faithful.
I don't believe in it because it's not always a matter of choice. It's a human instinct, or I should say it's the animal instinct in us that makes us cheat. It's a need.
But...
We can choose to control our instinct, to refuse being lead by it.
But most of the people are impulsive and can't do that. They feel a need and then they go satisfy it without thinking about the consequences.
I used to cheat because I was afraid. Because when I'm afaraid of being hurt, of being cheated by my mate, that's the first thing I think about. To cheat on him. Because if I cheat first, when he will hurt me, the pain will be easier to endure. I will be able to move on faster. It's like rejecting before being rejected. I hurt the other before he get the chance to hurt me.
Or...I cheat because the one I'm with doesn't give me the attention and affection I need. And these two are primary needs for me. So if he doesn't fulfill them, I must get them from sombody else.

Stupid reasons, right?
I thought so. That's why I stopped.
It's so immature to cheat, it's a lack of respect for my boyfriend. I mean...how can I live with someone I don't respect?
It's also disrespectful for me.

I don't no, but ....I have some morals, some life principles I try to stick with, and cheating doesn't work along with them.

Yeeh, temptation is everywhere but...I don't feel so tempted anymore. I was in the begining, I thought that if somehow, one day I'll end up cheating, it would be my right because I'll have reasons to.

But now, surprisingly even for me, I don't think about doing it. I somehow feel disgusted just by picturing myself with somebody else. How could I let another one touching me?

By cheating I wouldn't hurt just the one I'm with, but also myself. Maybe even worst. How could I look to myself in the mirror if I'd do that? Could you? I wouldn't stand myself anymore. I would feel dirty, guilt would haunt me every day...

I mean, if you cheat, it's because there's something wrong in your relationship. Go fix it, don't jump on other men.

If you cheat it's because you need something and he doesn't give you that thing. Tell him, talk to him, explain how and why it's important to you.

When you try this for many times and still no change appears, try to satisfy that need on your own. Or in a different way, without cheating. I mean, some people cheat just because they need someone who listens to them. Isn't more easy and less damaging to talk to a friend, or go to a therapist?

If nothing works you should consider living without that need. Can you? Ask yourself if he is worthy of the price, is your relationship great in all the other ways, so that you can ignore that one thing wich sucks?

Of course, sometimes you have no other choice but to change the partner. He may not be the right one. If he'd be that special one, no matter how hard it would be, you'll accept him the way he is, even if he doesn't satisfy all your needs. If he'd be the right one you wouldn't jump on another man every time he's not doing what you want. 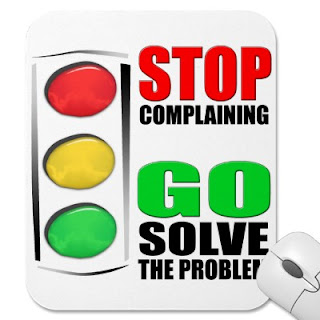 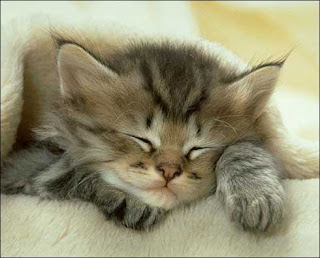 Sometimes you have everything you want. You're with  the one you love, everthing's right so you should be happy. And you are. For a while. Because soon you feel like something is wrong. You feel sad. Maybe even depressed. You become unhappy and you have no idea why. I mean, nothing has changed in your life but your mood has.

Why, why, why, you ask yourself  and cry every day .If you know what makes you unhappy, you can at least try to change it. But if you don't know the reason behind your mood there's nothing you can do about it. And you feel lost.
\
Well...I was there, or should I say I'm in the same situation. right now. It took me some time to  see where the problem was.
And it's actually a very common issue for couples. But most of them never realise what a huge mistake they're making.
You know why, especially women become unhappy in their relationship? Because they lose their identity.
How?When?
Well, it's something you don't even realise when it's happening. You become a prisoner of love. It's great when two become one. It's magic. But it can also be hell for the one who give up on his/her identity to becom like the other.(like eating the same food as your mate  even though you don't like it, listening the same music, watching the same kind of movies, having the same hobbies...what the hell, aree you trying to become a copy of him or what? It's a big mistake to think that lovers should have everything in common, or do everything together).
Some women  do it voluntary or because they have no choice. Some,like me,  tend to lose control on their identity around people.
Why? Because we adapt. It's not a matter of choice. It's something that happens naturally and without our will. We just adapt ourselves to the one we're with. We don't realise that sometimes this is a bad thing.
Just think about it. How much you've changed since you're with your partner. Moving with him you change even more. How many things wich were habits for you, you stopped doing?
I'm in the same situation. I was afraid in the begining, doubting my feelings or blaming him for my lack of happiness in the last few days. But one day, suddenly I discovered that it's all about me. My fault. Or my duty to do something about it. I realised I'm unhappy just because I've changed to much, changed all my priorities, leaving on the last place all the things I like, that makes me who I am.  So I'm not myself anymore. How can I be  happy in this situation? And why should I blame him or our realationship for this? He never asked me to change, to give up on something. So I'm unhappy and it's my fault. I'm guilty because I forgot who I am. I stoped doing the things that defines me.

How many of you did the same thing? I'm talking about women especially because they're more tempted to change and forget their needs and pleasures. And they wonder why they're not happy anymore. They put the blame on  their man, accusing him that he does nothing for them.
I wonder, when are we going to realise that happiness is not something that other scan offer us. We make it or not.

It happens in relationships but also in life in general.  When we become unhappy and find no reason, we should start questioning our identity because there's a great chance that we might have lost it. Not being who we are we are not satisfied so we are unhappy.

What can you do about it?
Find those things that you like, enjoy doing, that makes you happy, that shapes who you are. And then start doing them. And you'll  become happier with each day.  It's not so hard to be happy. Just be who you are, do the things you like, keep your identity no matter where or with whom you are.
Small things like writing, reading, walking, having healthy habits, socialising - where those that made me happy. Once I gave up on them I also become unhappy.
There's an obvious conclusion here. That happiness is all about not losing your identity, about being who you really are. 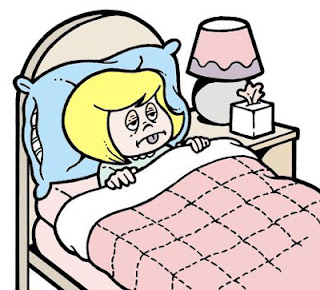 Have ever asked yourself how is food influencing you every day?
Many people have no idea how much it matters what they eat and how.
First of all, remember that it doesn't matter what it is said you shoul eat and when and how much. It matters to eat in a way thaqat fits your needs. Find out what way of eating, wich food makes you feel good and wich makes you sick.
We all have different types of  bodies so our needs are not the same. Just because most recomend eating 3 meals daily it doesn't matter you should follow that rule in case you discover it doesn't work for you.
I always had trouble with people because of the way I eat. They allways criticised me. For refusing sweets and bread they accused me of being on a diet (as if being on a diet it's a bad thing). For refusing to eat meat they said I'm a spoiled girl. And so on.
Some people I've started to avoid because of their relationship with food. I hate those people that try to make me eat stuff I dislike. Those who try to tempt me, even though they know I try hard sometimes not to give up and eat junks.
Sometimes I forget how huge is food's influence on me and I start eating like those around me. That's why there are days when I wish I'd be alone so that there will be no one next to me to make me eat what he or she is eating.
Sometimes, like now I feel sick and I have no idea why. I feel like doing nothing. I feel sad, depressed and ask myself what thee hell is wrong. Sometimes just a simple thing like food can make me unhappy.
Yes, it might sound strange but my happiness and my mood depends on my eating habits. The more I eat the worst I feel. The less I eat , the happy I am, better I feel. Why? Because food is heavy. Too heavy for me. It makes me move slow, think slow. It blocks my inspiration.
So, what I eat and how much matters a lot for me. It makes me happy or unhappy. So it's important for others to respect my eating habits without laughing, criticising, judging . I f there are days when I eat nothing, It's my problem not theirs. If I prefer eating apples and biscuits most of the time, it's my choice. I only care what makes me feel ok.
Those that don't respect my eating habits should be aware that I probably avoid them. Or I'll be in a bad mood around them. Because eating like other makes me a really moody person, one wich is not a good company.
So...sometimes, when  you're unhappy, the fault might be on the stuff you eat.